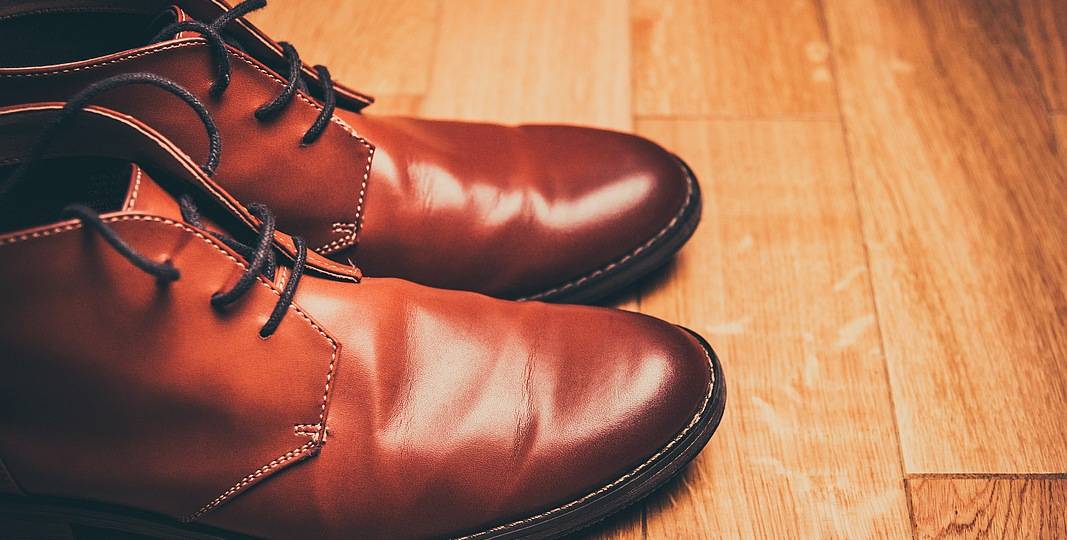 When setting up a company, it is often the case that the initial members (shareholders) and directors are friendly and anticipate no issues with making decisions within their company. However, quite often, disagreements happen and this is where issues within a Company start to show.

It is therefore crucial to the future running of the company, that it is laid down in the Company’s constitution (Articles, shareholders agreements etc) how decisions are to be made.

Directors make decisions about the day to day running of a company, and a lot of the decisions affecting the company may be taken by a decision of the board of directors alone. For instance, the directors have the power to change the location of the company’s registered address.

How do directors make decisions?

The rules regarding director’s decision making are usually found primarily in the company’s articles of association and include the necessities for meetings and voting.

If the directors choose to take a decision by holding a board meeting rather than by passing a directors’ written resolution, there are certain procedural rules which must be complied with (which will predominantly be contained in the company’s articles of association).

When a director calls a board meeting, he must give the other directors notice of the meeting before it takes place, and this notice must be reasonable (although it does not need to be in writing).

All directors, their alternates and the company secretary (if any) are permitted to attend the board meeting. Professional advisers may also attend however, they will not be counted as part of the quorum (or entitled to a vote).

The quorum for a board meeting is the minimum number of directors who are required by the company’s articles to be present for valid decisions to be taken at that meeting. The quorum is therefore a device, in the interests of fairness, to ensure that a minimum number of eligible people is present at a meeting before decisions may be taken. It is usual for a quorum to be a minimum of 2 directors (unless there is only one director).

However, not all directors who attend a board meeting necessarily count in the quorum. Directors who have a personal interest in a matter may be prevented from counting in the quorum under the articles. If there is such an interest, the director must declare this under the Companies Act 2006 either in writing or at the board meeting.

In some circumstances, a director may form part of the quorum even though he has an interest in the matter (such as if this is unlikely to give rise to a conflict of interest).

Once a quorum has been established, the directors can turn to the decisions that need to be made at the meeting. The rules for voting are found in the company’s articles and may be supplemented by case law, depending on the circumstances.

As with the quorum, there may be restrictions in the company’s articles on directors voting on matters where they have a personal interest in the outcome of the vote.

If the directors are physically present at a board meeting, voting will usually take place by a show of hands or by saying “yes” or “no” (oral assent). It is worth noting that under the Model Articles, voting may take place by electronic means – text message, phone or video call.

The board of directors may, if the power exists in the company’s articles, appoint one of them to be a chairman. The chairman has control of the board meeting and agenda.

The chairman, if appointed has two very important roles. Firstly, if there is any dispute over the ability of a particular director to vote and count in the quorum on any issue, it is the chairman who must decide this, and his decision is final.

Secondly, and most importantly, if a vote is deadlocked with as many votes for the resolution as there are against it, the chairman may, if the articles grant it, have a casting vote. This means that the chairman gets a second vote but is only exercisable in a deadlock situation. This does give the chairman additional power to pass resolutions, and can quite often be excluded from the articles of a company for this very reason, however can also be a very useful power when the board of directors find themselves in deadlocks often.

How do shareholders make decisions?

The most significant decisions regarding the Company are to be taken by the shareholders as owners (such as amending the company’s articles of association, approving a contract to buy back company shares, approving a director’s service contract for a length of more than two years etc).

The shareholders of a private company with more than one shareholder will normally take decisions in one of two ways:

These are mutually exclusive.

In very rare circumstances, the Court and the auditors may also call a general meeting.

Those calling the general meeting must give notice of the meeting to the shareholders at least 14 clear days in advance (plus 48 hours to allow the documents to be received), and must be given to every shareholder, every director, the PR of a deceased member and to any trustee in bankruptcy of a bankrupt member. Notice must be given in writing in hard copy form or electronically.

The notice must include the time, date and place of the meeting, the general nature of the business to be dealt with, a statement of rights to appoint a proxy and the full text of any special resolutions proposed at the meeting.

Alternatively, a meeting can be held on “short notice” however this must be agreed by a majority in number of the shareholders who also hold at least 90% of the voting shares.

The quorum for a general meeting is the minimum number of shareholders who are required by the company’s articles to be present for valid decisions to be taken at that meeting. The quorum is therefore a device, in the interests of fairness, to ensure that a minimum number of eligible people is present at a meeting before decisions may be taken. It is usual for a quorum to be a minimum of 2 shareholders (unless there is only one shareholder).

However, not all directors who attend a board meeting necessarily count in the quorum. Directors who have a personal interest in a matter may be prevented from counting in the quorum under the articles. If there is such an interest, the director must declare this under the Companies Act 2006 either in writing or at the board meeting.

In some circumstances, a director may form part of the quorum even though he has an interest in the matter (such as if this is unlikely to give rise to a conflict of interest).

Directors are permitted to attend a general meeting, however they cannot vote (unless they are also shareholders).

The chairman at a general meeting will usually be the same person as is appointed to be the chairman for board meetings. If the articles are silent on this, the chairman may be elected by an ordinary resolution of the shareholders.

A show of hands vote is the usual practice, as a poll vote must be demanded. A Company’s articles will usually state who has the right to demand a poll vote.

If on a poll vote for an ordinary resolution the votes are 50% in favour, and 50% against, the resolution will not pass as there is no simple majority as required by law.

There are three types of resolution:

An ordinary resolution is passed if a simple majority (more than 50%) of the members voting at the meeting are in favour of it. It is worth noting, this is not 50% of the Company, but 50% of those who have attended the meeting, or who have appointed a proxy to vote in his place. If a shareholder does not turn up to the meeting, or fails to appoint a proxy, he loses his vote.

A special resolution requires at least a 75% majority for it to be passed.

An extraordinary resolution is rarely used and has been preserved for companies who preserve this method in their articles, as this is not covered in the Companies Act 2006.

The Companies Act or the Articles will state which resolution is to be used for each decision of the shareholders.

A written resolution may used as an alternative to a general meeting by the directors or may be requisitioned by shareholders who hold more than 5% of the share capital.

A written resolution must be circulated to all eligible members (a shareholder who would have been entitled to vote on the ‘circulation date’ of the written resolution and to the company’s auditors (if any). It can be circulated by sending separate copies to each eligible member at the same time, or alternatively, one copy can be prepared, and the same copy is sent to each shareholder in turn.

The shareholders agree to the written resolution by the company receiving an authenticated document from the eligible member, identifying the resolution and indicating their agreement.

A written resolution cannot be decided on by poll vote, and therefore, for an ordinary resolution, as soon as more than 50% of the shareholders have signified their agreement, the resolution is passed (more than 75% for a special resolution).

A proposed written resolution must be passed before the end of 28 days beginning on the circulation date (or the period specified in the articles if this is different) otherwise it will lapse and any agreement after this date will be ineffective.

We have a range of lawyers that can comment on broad spectrum of business and employment issues.

If you would like to arrange an interview, commission an article or arrange for a legal expert to speak at your seminar, please contact Vanessa at vanessa@tiger-law.com. 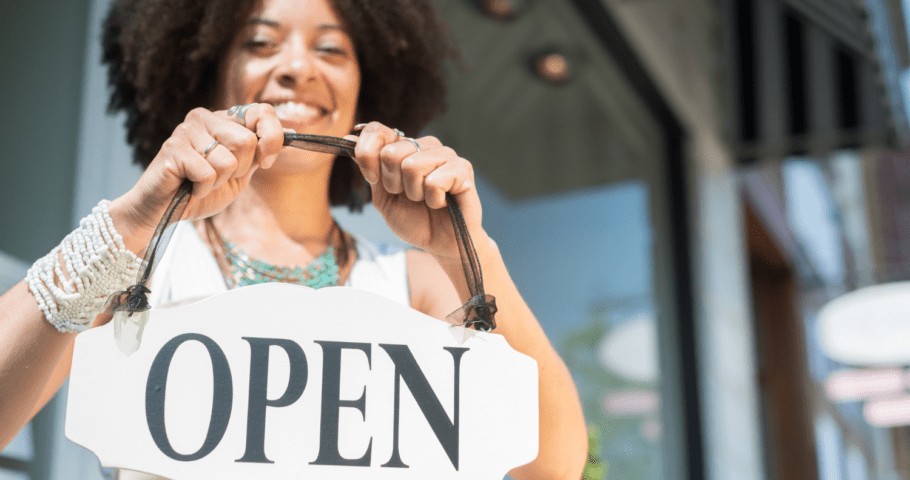