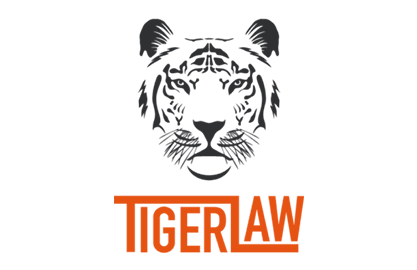 Why do you need a shareholders’ agreement?

Shareholders’ Agreements are a safeguard and give protection to shareholders, because they set out the agreement between the shareholders that can be referred to in the event of a transfer, dispute, death, divorce or any other event. This is all the more important in private companies, particularly in family-owned businesses. The standard articles of association really don’t do a thorough enough job.
They’re designed to protect a business against everything from deadlocked disputes through to shareholders wishing to retire or sell. So if you suddenly find yourself facing a dispute over transfers as a result of death or divorce, for example, a shareholder’s agreement can be used as a baseline to determine exactly what has been agreed to, and by whom.

Problem: There is generally no market for the shares of a private company, and a shareholder who is unhappy at the way a company is being run does not have the option of selling those shares. The concentration of control in one or two shareholders can lead to abuse of power, even where no single shareholder holds a majority.

Solution: An agreement would cater for the relationships, voting rights and transfer of shares between the shareholders.

Problem: If there is a stalemate between shareholders or directors in any respect, then the shareholders’ agreement can provide for what happens if there is a ‘deadlock’.

Solution: Under an agreement, an expert could review the situation and advise on a course of action which the shareholders must then follow. This will allow a third party (usually an external expert such as a solicitor or accountant) to give a fair assessment of the situation, and suggest a resolution that satisfies everyone, whether they’re a minority or a majority shareholder.

Problem: A majority shareholder may wish to curb the powers of the directors if he does not have a majority representation at board level or he may want to restrict a minority shareholders’ rights and allow for the sale of all shares if he wants to sell at any point so that he is not held to ransom. Conversely, by putting a properly constructed and legally binding agreement in place and you can effectively prevent a majority shareholder from holding a business, the board, or other shareholders ‘to ransom’. The result is a speedy resolution to internal conflict that protects the interests of everyone involved, including the share value.

Solution: The agreement could be drafted to cater for the competing interests of each party.

But we’re a family business…

Family businesses can be some of the most conflict-ridden enterprises of all! If your shares are in a family-run concern that’s been in business for generations, that’s probably even more of a reason to draw up a water-tight shareholder’s agreement, especially if the question of inheritance arises later on.

Shareholders’ Agreements are designed to protect a business against everything from deadlocked disputes through to shareholders wishing to retire or sell.

If you need to draw up an agreement for your shareholders or review your present documents, talk to Tiger. We provide expert advice to make sure you have a rock solid agreement where everyone knows where they are and, no matter what happens, you will have a legal framework to deal with any eventuality amicably and effectively.

Why you need a will